> *It only took a millisecond.* > > *"What's that noise?"* > *"Don't worry, it's probably just a rat, the place is crawling with > them"* > > *The genestealer burst from the vent above, ripping the marine's > helmet off in one sweeping motion. Instinctively he caught the lashing > front claw in his powerfist, and tried to get a couple of burst off > with his bolter, but the beast was too strong and pushed the weapon > out of the way, the blasts harmlesly impacting the pipe behind.* > > *Locked in a mortal embrace, they stumbled backwards into the gaping > cavern below…* 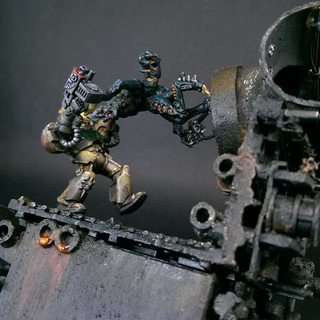 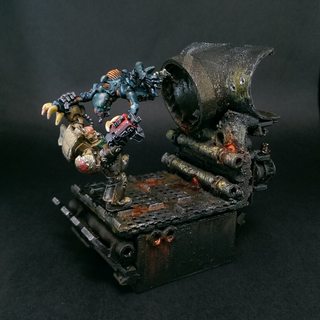 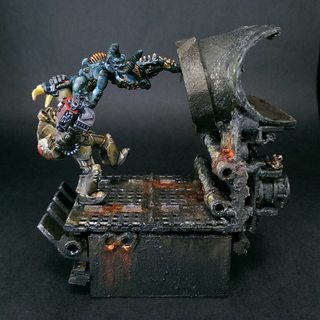 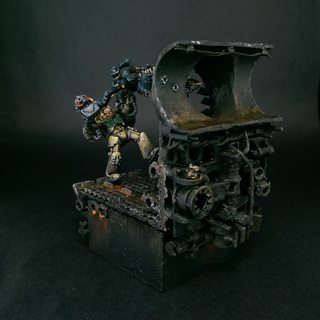 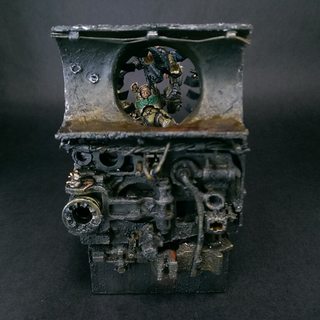 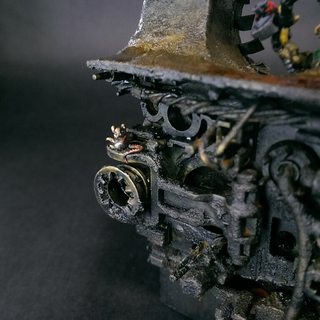 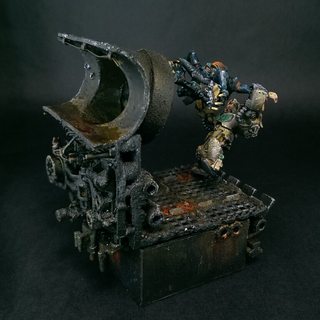 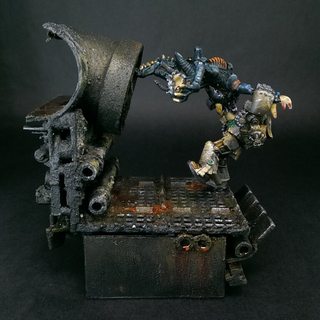 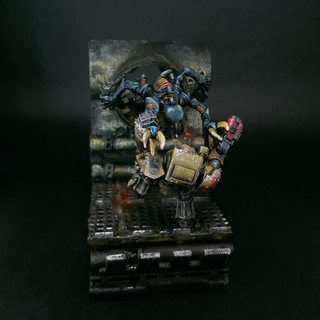 This was a fun little project, depicting an epic duel between a genestealer and a Deathwing Terminator. Lots of weathering, and I think the action is pretty dynamic.

These are the posts I made during the making of this project, in chronological order 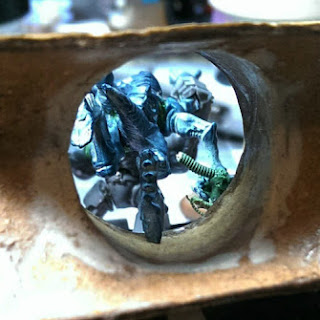 Slapped together a quick little dio. Or at least, the start of one. The figures in the dio are a kitbashed terminator and genestealer. Only [...Read More] 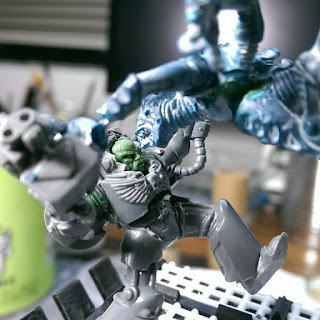 Finalised the posing of the two models in the quick little dio, and added a greenstuff sculpted face to the terminator. Started griming up the [...Read More] 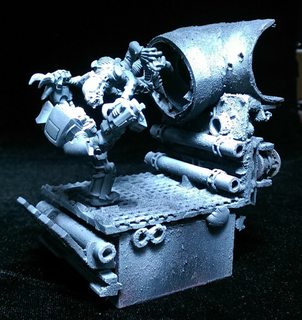 I did some more work on the space hulk duel, the construction is complete so I did a priming + zenithal preshade, then started to [...Read More] 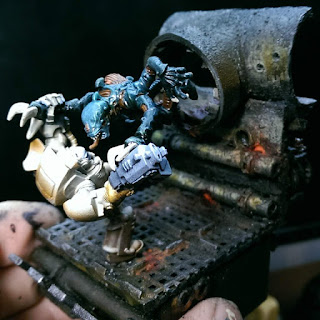 Happy 2020! Hope you will have a great new decade! Here are some progress shots of the Space Hulk duel diorama: This is an action [...Read More] 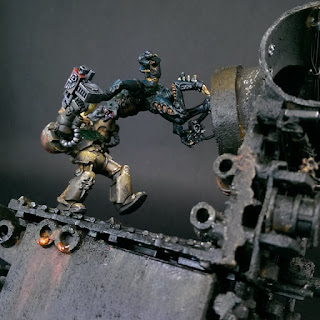 Done! A small diorama of a duel between a Deathwing Terminator and a Genestealer onboard a Space Hulk. It is up at artstation and coolminiornot [...Read More]