Continuing on with the stealthy XV-15 suits, I wanted to build a forest base, testing out the techniques for making trees, ferns, underbrush, moss, etc.

The idea is that the stealth units will be standing next to a stream, fed by a small lake flowing past some ancient stone ruins, all covered in moss.

Here you can see the initial layout (I later decided to scratch the vertical backdrop): 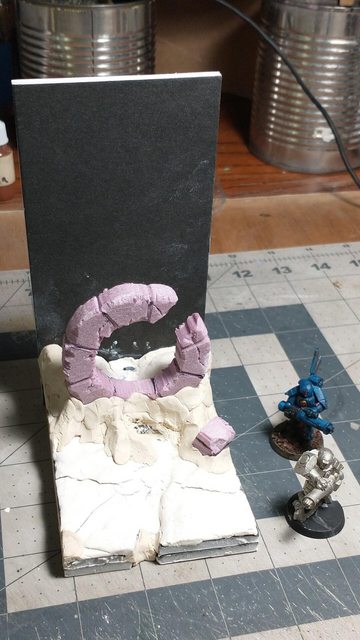 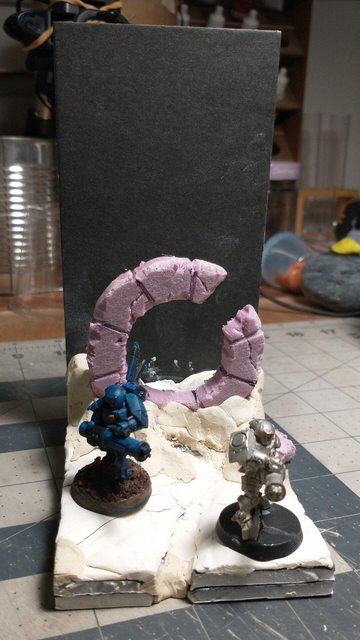 I added a wire-frame tree, which I built up using PVA glue and toilet paper. 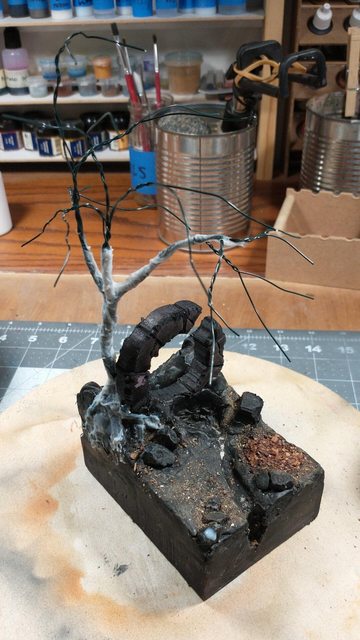 Then I started cutting out the individual leaves using a leaf punch. I decided to use the two serated leaf patterns for this tree. 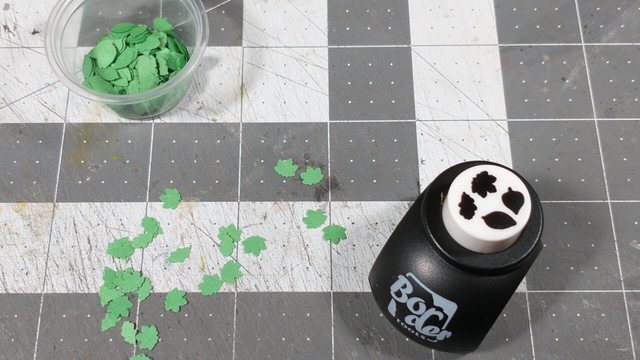 I used a flat spunge and a ball tool to give the leaves a little bit of a curve before gluing them on. 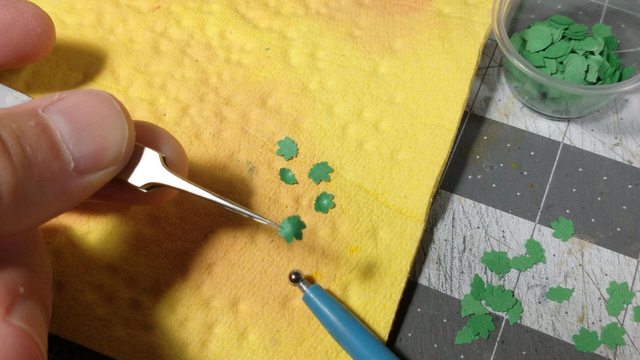 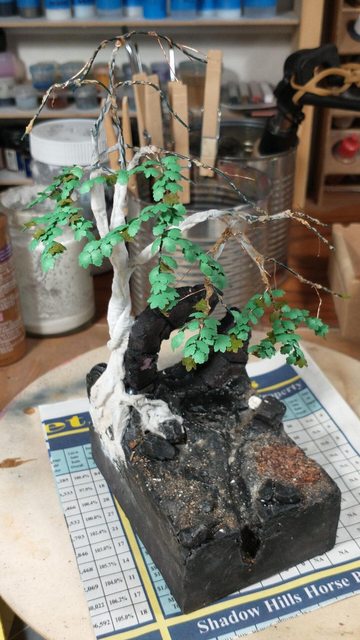 I also made a little fern: 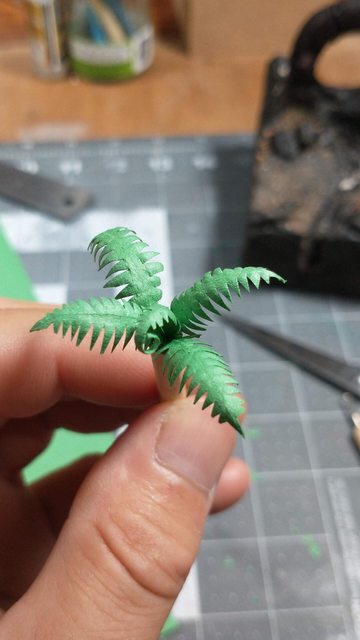 And here is the final tree, after 3 days of gluing little leaves 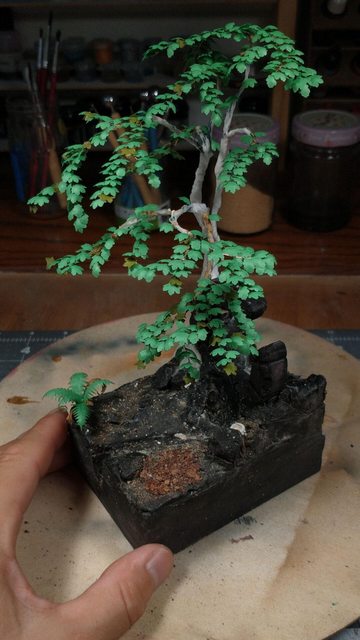