I've decided to spend some time to finish up the Aliens diorama. With construction done, it needs a lot of work on the paint job.

I wanted to go for that dirty hive-overruning-the-industrial-complex look that we got in the film, but for some reason it all looked a bit washed out, with no real contrast and zest. 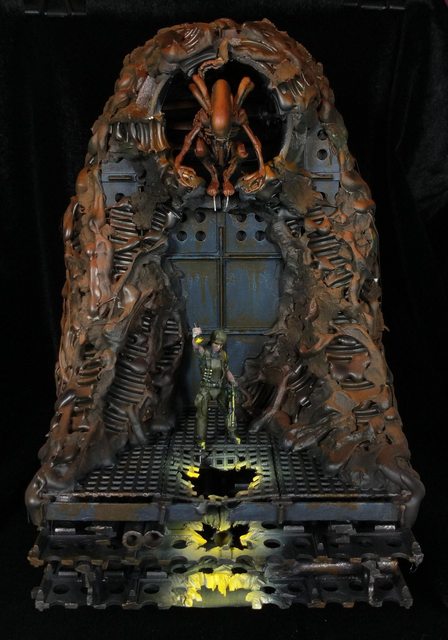 Turning up the contrast, saturation and *warmth* in GIMP gave me this image, which I liked very much. Everything seems on edge, vibrating with power and danger: 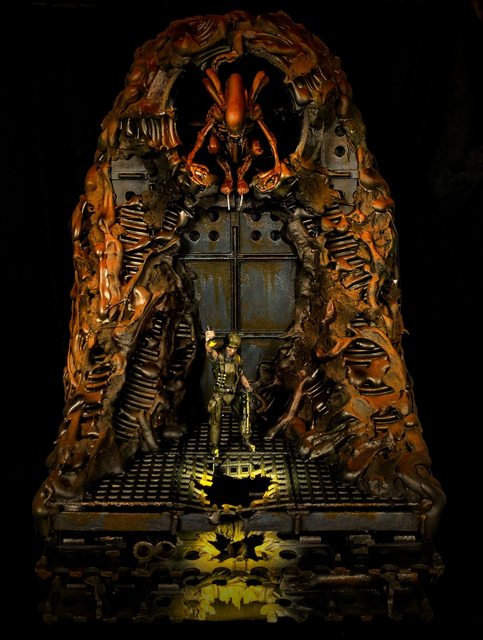 About the only thing in this image that I don't like is the sameness. Everything is warm. I want to build contrast between the marine & the industrial terrain, vs the alien in its organic nest.

So I went back over the marine's light again, turning it colder and adding a blue fringe, by using white ink and a transparent blue ink. 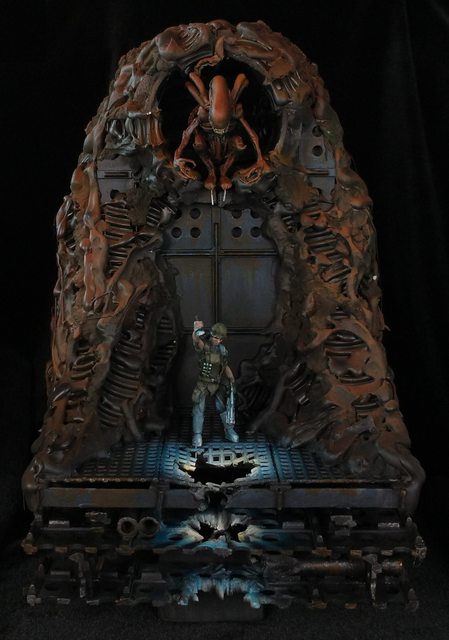 Pushing the contrast of the photo gives me this: 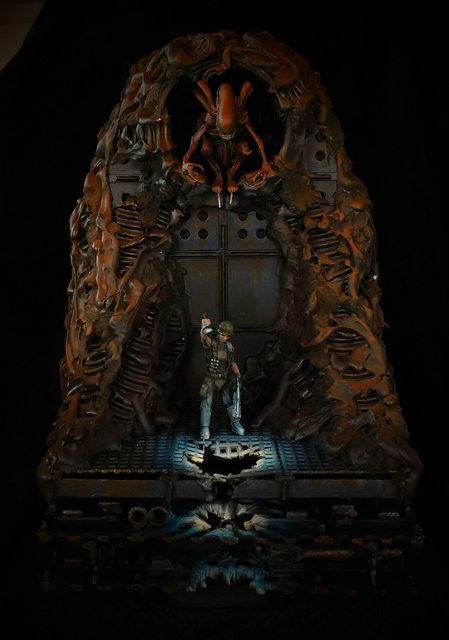 which I like very much. So closing the circle, and getting back to the thumbnail of this post, 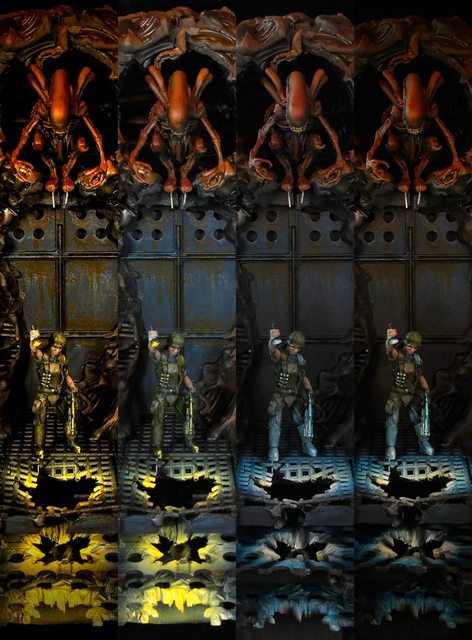 I think I want the cold light from the marine, with the cool dark shadow he's casting, but with that freaky bright warm light coming from the alien.

Something kinda like this image, which I stitched together from the original two: 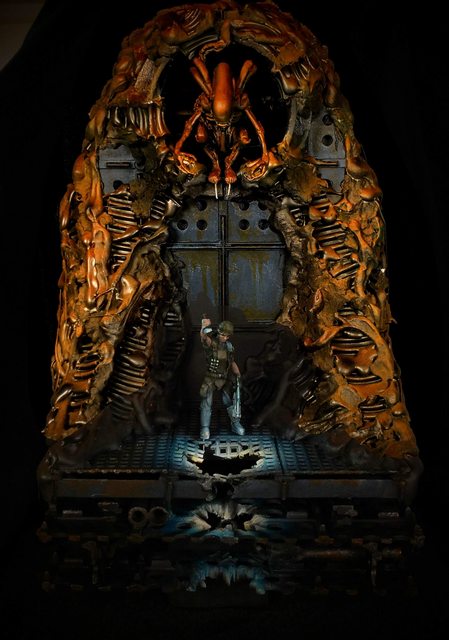 If I can get there, I'll be happy. More work to be done…