Laying on the basecoat

Started laying on some base colors. Aiming for a blue/gray gradient, which should go well with a red rust and a light brown dust mix later. I am using mainly Golden high flow acrylic Phthalo Blue, mixed with FW White and Black (to get the right value) and a bit of FW Payne's gray to make it a bit colder. The mix of the paint + ink makes it easy enough to airbursh, although I do add a bit of medium + flow improver especially with the lighter shade to knock down the coverage a bit. 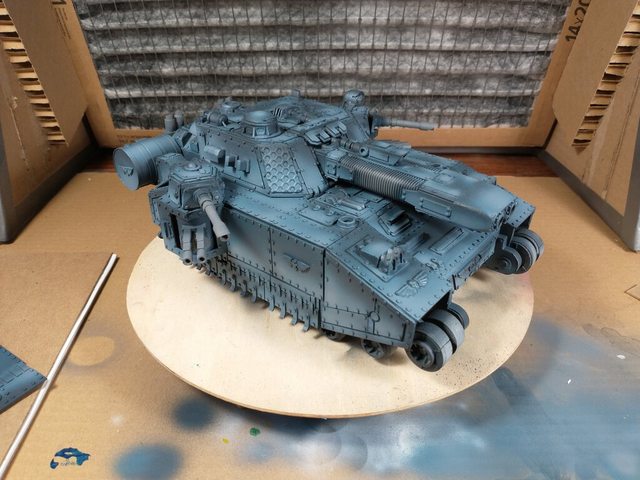 I've been experimenting with the colorscheme I've started on. First up is just the general weathering. To test out what works and what won't, I built a little Cube of Learning: 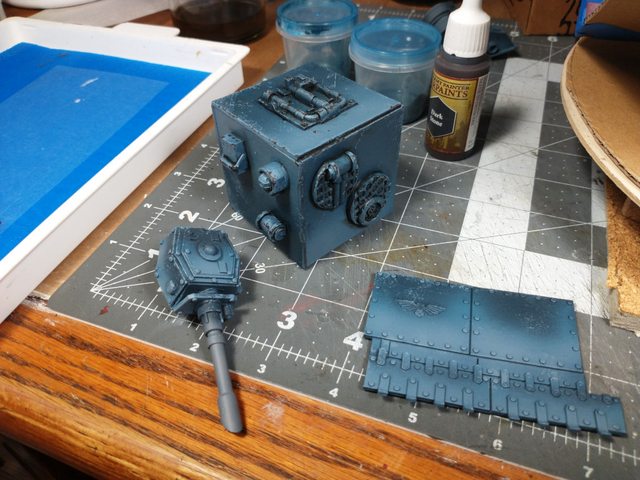 I like it so far. On the tank itself the brighter areas need to be toned down a bit, and perhaps a filter applied, before I start doing the chipping and scratching, otherwise the weathering starts to disappear in the lighter areas. But other than that I think it is heading in the direction I want it to go.