So I've been thinking about what color scheme / army my Stormblade belongs to, and initially I thought I'd go for a DKOK unit. I began sculpting a tank commander to sit in the open top-hatch, starting with the usual greenstuff-over-a-wire-armature, bulked out with a mixture of fimo / sculpey: 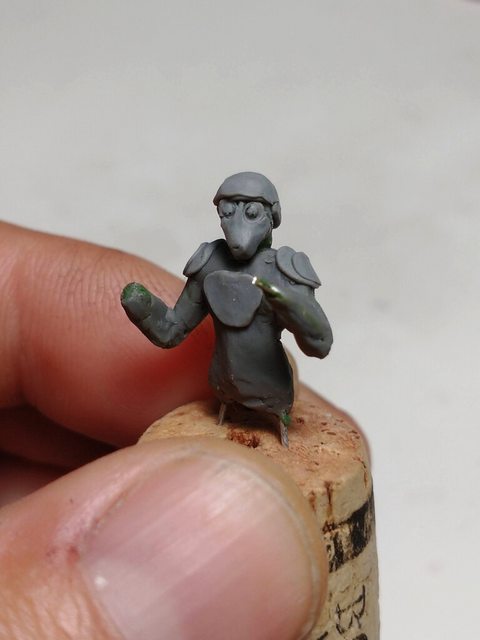 After the bulk was done, I started adding detail using another layer of greenstuff + milliput over top: 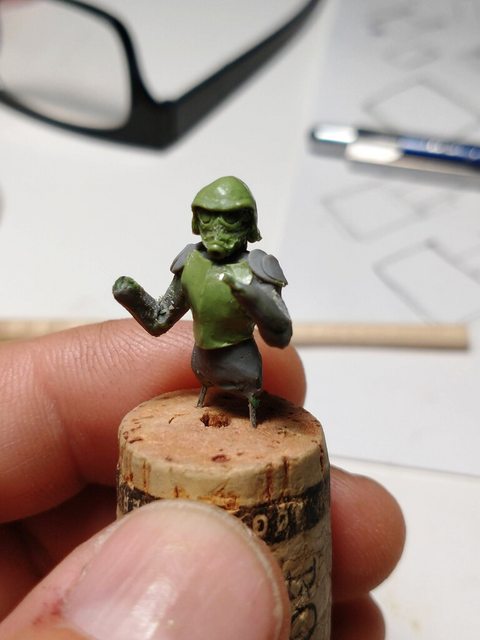 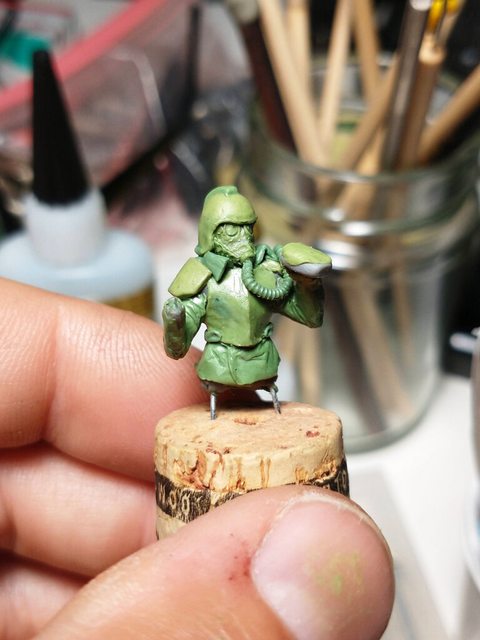 The commander has binoculars in his left hand, and his right cradling a lasgun on his shoulder. The lasgun is made with different guages of wire, the usual cotton swab plastic rod, some paper, greenstuff and milliput: 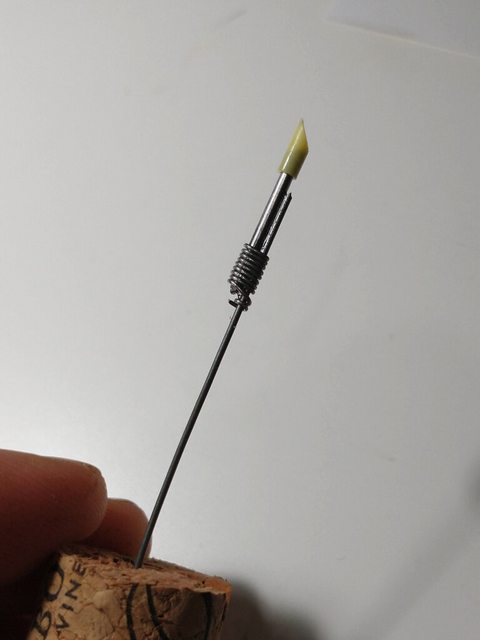 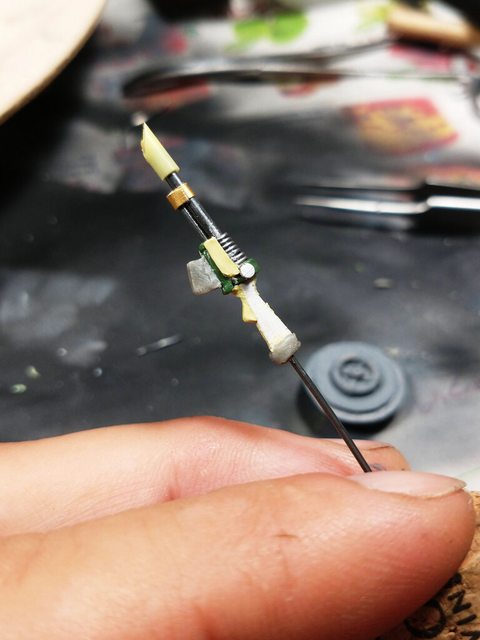 I'm thinking of converting him to a Cadian commander though, that gasmask looks a bit blah.