I've been playing with the idea of sprucing up my scratchbuilt Land Raider for a while, ever since I played around with an extra casting of the Space Marine gunner I did for the Fire Raptor, posing him as a gunner on top of the Landy.

I've already posted some pics of my WIP on instagram, but I'll repost them here along with my thoughts behind it.

First off, the gunner. I built a heavy bolter and reposed his arms, then stuck him on a piece of metal. The hatch on top of the Landy was removed, and a magnet glued undereath. This allows me to swivel the gunner easily. 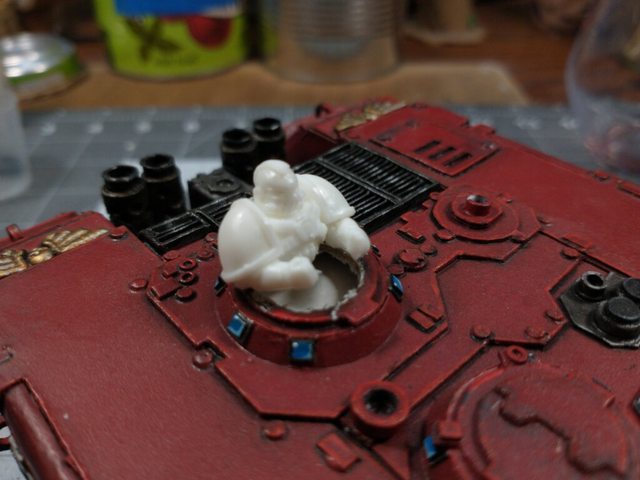 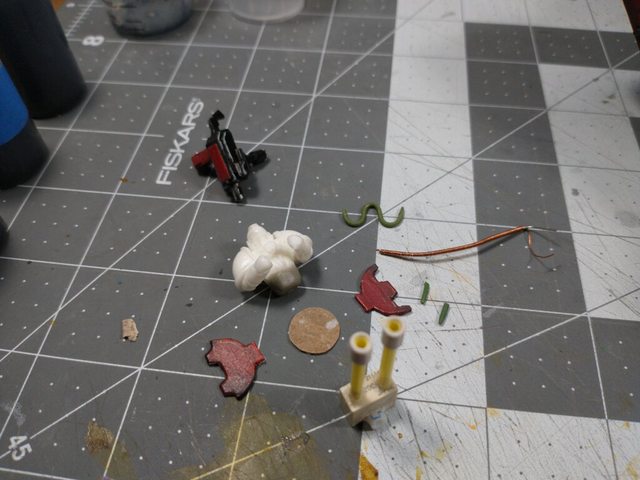 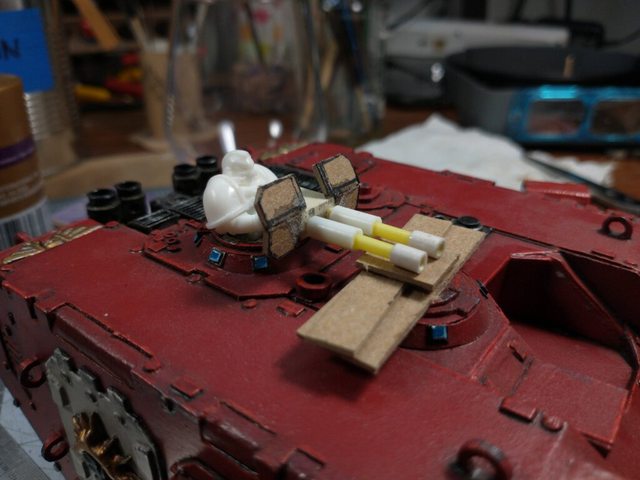 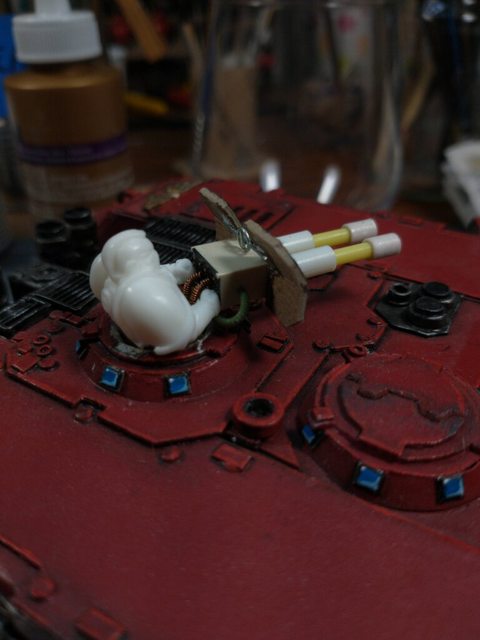 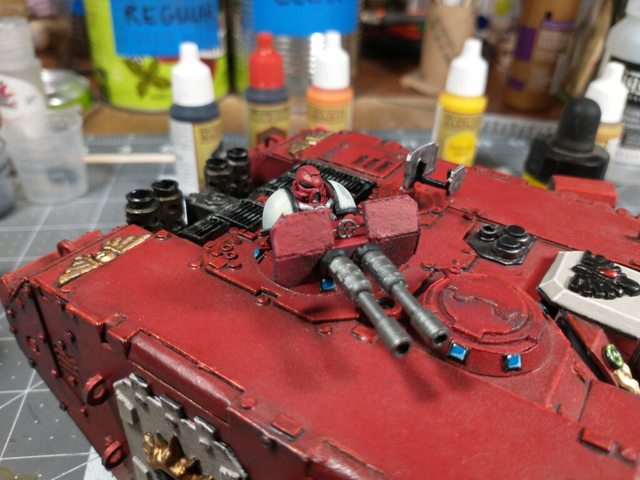 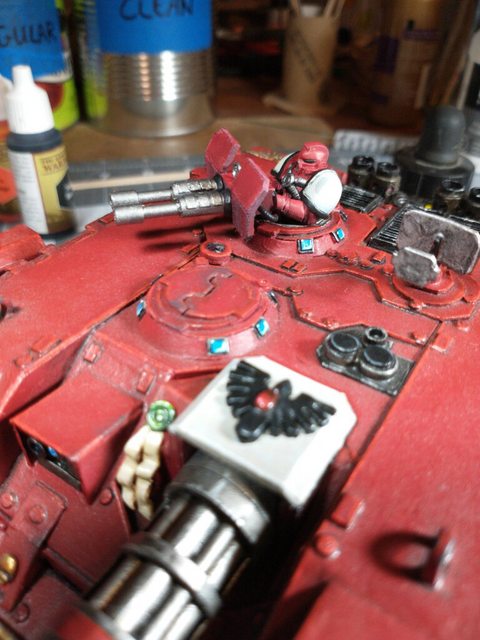 Next up is the aquila on the front of the Landy. Like all the other sculpted parts on the Landy, this is very chunky. I didn't know the materials (polymer clays and epoxies) well enough at the time, and couldn't quite manage the fine detail that I wanted. I have learned a lot since then, figuring out the materials and techniques (and patience!), so I thought I'd do a more refined version. 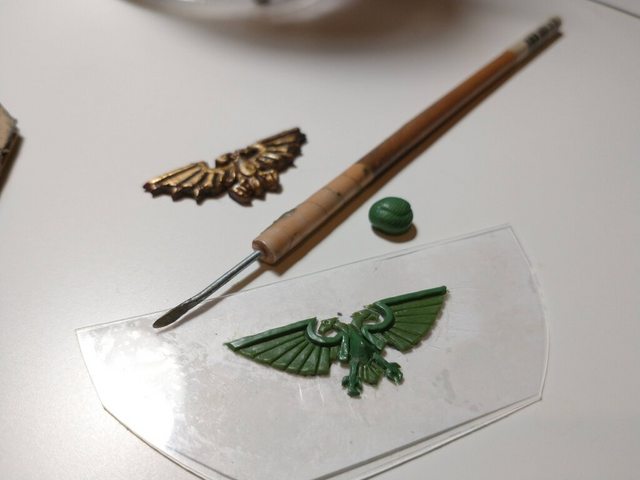 But of course, once I started I couldn't stop: I sculpted a new relief banner for the side doors, and a holy book that will go on top of the Thunderfire Cannon housing. 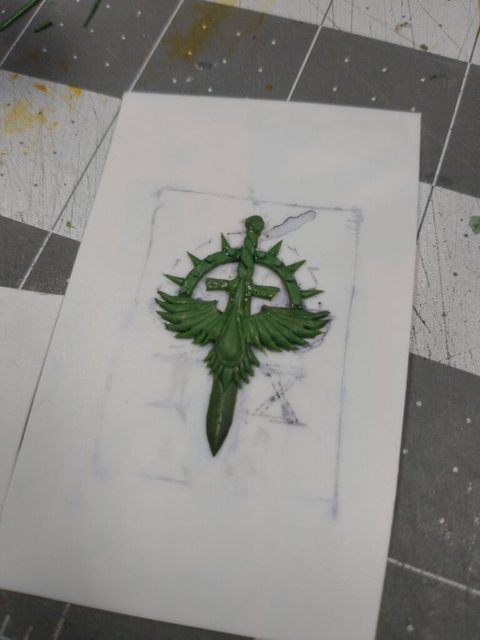 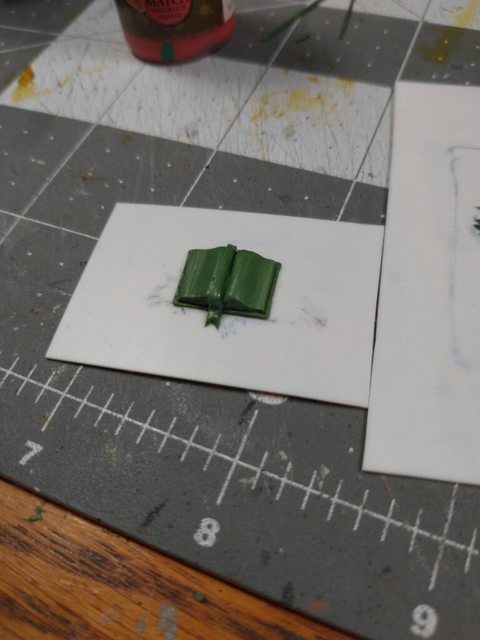 The original purity seals & scrollwork was also too chunky, so I sculpted some new ones and painted them up. 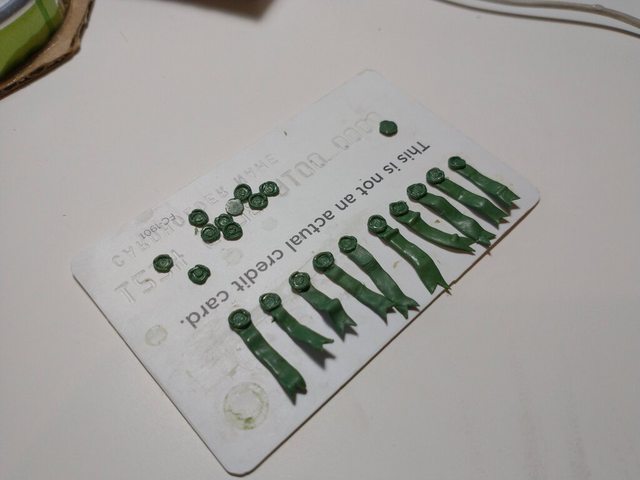 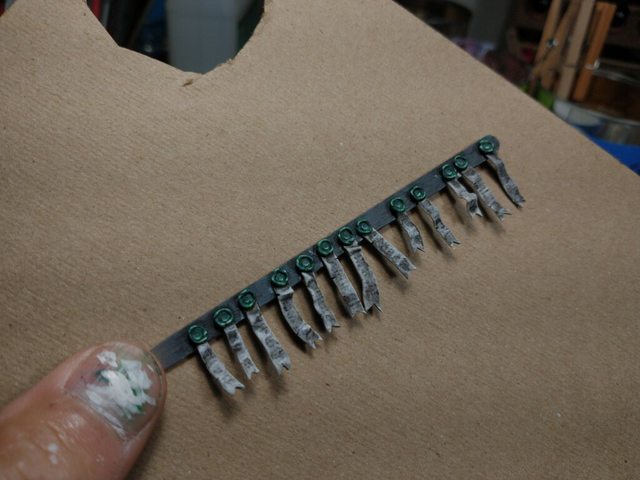 I still plan on replacing the winged skulls on the backside with newly sculpted ones, and of course putting way more skulls on the hull. This is 40k after all, you can never have enough skulls.

Once this is all finished, I plan on sprucing up the paint job and weathering too. I like how the weathering came out on the Sabre Strike Tank, so I'll do something similiar here.

Thanks for stopping by, stay safe!