I've redone the gun covers on the sponsons, plus figured out how I wanted the assembly to work so that I can (a) rotate the guns by turning the sensor above, and (b) take the entire thing apart. You know, in case I want to make some different guns someday

Started working on the main gun housing too, this will house a 4-barrel rotary gun, called a Thunderfire Cannon. Because it looks pretty awesome.

None of this is strictly canon, according to 40k the Thunderfire is usually only mounted on an Achilles Pattern Land Raider, but I figure that since this will eventually be painted with bloody magpie colors, and that chapter apparently tends to um, appropriate, anything that isn't bolted down, this is ok. 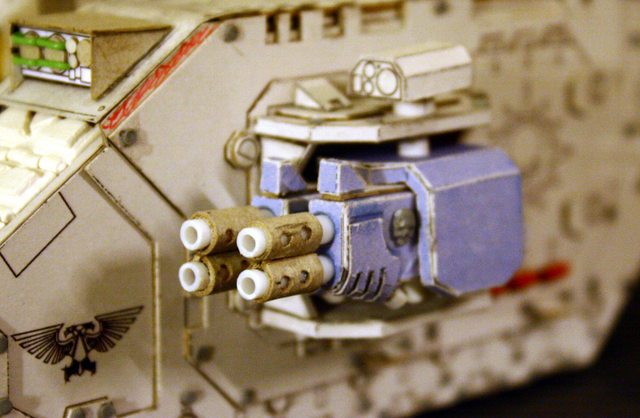 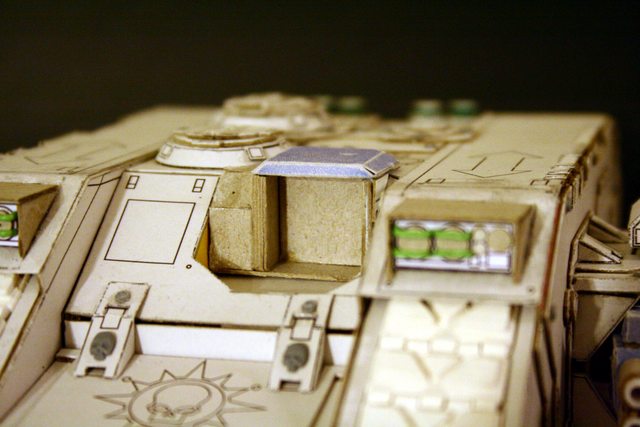