Small update: added the little radar dish, a machine spirit symbol, and started on one of the sponson canons.

The radar dish is straight out of the plan, except for the mast (?) which I made out of a short bit of plastic tube.

The machine spirit symbol consists of two parts: a round gear symbol and a skull symbol. I cut out the same gear symbol a couple of times on index card, then stuck them together. Then I made a tiny skull out of out of apoxie clay, created a mold out of sculpy with it, and then used that as a push mold to make more apoxie skulls with. There are lots of little skulls on wh40k gear…

I got started on one of the four sponson canons, but I am not sure that I like it. I might make something myself instead. 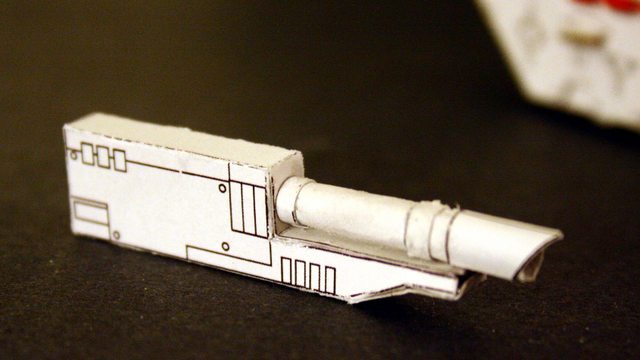 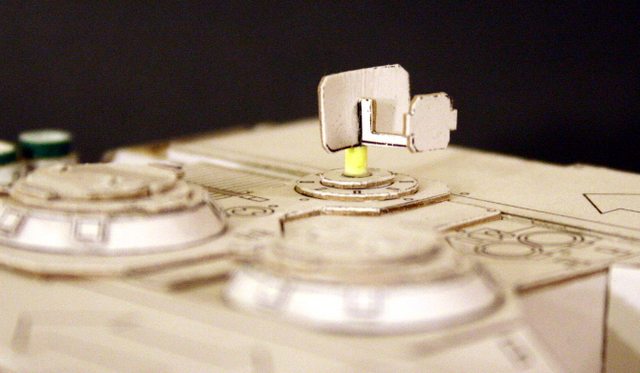 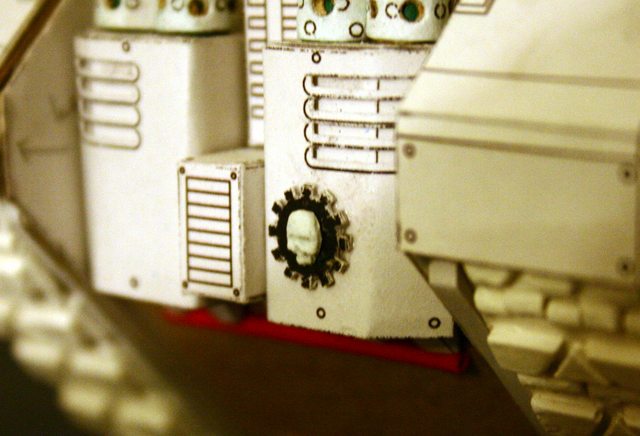